Does Mike Massé engage in singing training? If you've heard/ seen Mike Massé on YouTube, or even better seen him live, it’s hard not to be impressed by his incredible renditions of some of the world’s greatest rock songs.

Toto called his rendition of their song Africa, the best cover they had ever heard. It now has over 13 million views! (More than 95 million views total.)

Last week I got a message that Mike had posted this video below to his youtube channel. Wow, I was taken by complete surprise.

I would like you to watch it. Then continue reading below as I go through some things that make Mike so great and how it can make you greater.

One Trait Among Successful People

One trait among highly successful people, and which I truly admire, is their appetite for learning. Mike is a prime example of someone who not only has high ambitions, but who also deeply values constant learning and training.

When it comes to the voice, many up-and-coming singers don’t have the awareness that Mike has (most pros don’t either), and they don’t recognize the tension that Mike mentioned that creeps into their voices (or that has always been there).

Most singers are also not as knowledgeable of strategies to release tension and improve coordination and functionality as athletes often are. Many singers still think singing scales is a warm-up. (In the not so distant past, hobby athletes thought jogging was a warm-up too.)

So hats off to Mike for being someone who, although he is already exceptionally good a what he does, is still eager to explore ways to improve, and to want to operate at maximum levels.

Athletes always need to take utmost care of their bodies and they train differently depending on if it’s off-season or in-season or if they experience tension, pain and imbalances somewhere.

A singer is wise to adapt similar strategies and mindsets. We want to engage in singing training to build the voice to be able to sustain long studio sessions and long tours, to be able to recover effectively after gigs, to be able to express the song you want to express with less effort and more passion and freedom.

The Art Of Giving / Sharing

Now the other thing that Mike demonstrates in this video is how he operates as a human being. Why does he make this video? Does he expect something specific in return? Of course not.

He’s a great example of someone who expresses his gratitude and passion without expecting anything in return. He does it because that is who he is. Same thing on stage. He doesn’t expect or demand the audience to love him. He gets his instrument in the best shape possible to let his voice soar with the intent of creating a magical experience for the audience. And that’s exactly why they love him. Do we understand that we will likely experience tremendous returns somehow when we operate like that? Of course.

When we give and express without expecting something in return, the returns actually become greater. Call it Karma. Call it just how the universe operates. Most importantly, it happens because we then open our hearts and minds to not only give, but also to experience and receive the abundance of the world. It’s a stark difference compared to living a lifestyle with expectations, demands and restrictions.

What comes around goes around.

Experience the same Sing With Freedom / The Singing Zone training, that Mike and other singers around the world use.

Recognize that Mike talks about me, not just for my benefit, but because he genuinely wants other singers (you) to feel confident and sing their hearts out.

I want to help Mike, especially because of that mindset, and I also want you to be the best you can be.

I also sincerely think you can learn a lot from Mike. Listen to how he approaches the songs. Watch him live and see how he engages the audience and you’ll be inspired to do it you too.

As a final note, it’s funny that his recording of Africa was in a small place with a not so engaged audience quite some time ago. Instead, the video now has an audience of 13 million viewers. Isn’t that funny how things can happen? Amazing really. You just never know what happens when you sing with passion, whether it’s to a small audience or a big audience. Watch that recording and his other songs.

If you ever want my help, my singing training is always available to you here. 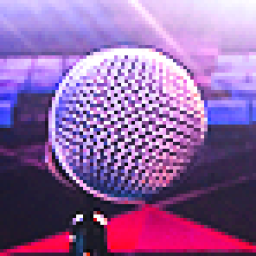